Attempts to predict the behaviour of animals can assume that animals have evolved to maximise the energy they gain per unit of time (for example seconds, hours, days). Early models assumed that different types of food are found randomly, and that animals know their calorie content. One prediction is that animals will eat everything if there is little food, and be selective when there is more. More surprisingly, their decision is predicted to only depend on the amount of the preferred foods; the amount of less preferred food shouldn’t matter.

To test this prediction, we had great tits perch next to a conveyor belt, on which food items rushed past. Food items were of two types, the better ones twice as big as the smaller ones. In this set up, the might miss a big food item whilst eating a small one. A bird that follows the prediction should only eat small items if they have at least a 50/50 chance of finishing eating it before a big item comes past. The birds behaved mostly as predicted by the model. When big items food were rare the birds ate equal numbers of big and small items. When big items were more common, up to 98% of the items they ate were big. The number of small items was varied six-fold when big items were more common but the birds always ignored them, even when twice as common as big items.

We are able to predict the behavior of great tits using a very simple model of behavior that just takes the energy content, time taken to eat, and density of food items into account. This means that natural selection has acted on them over generations to cause them to have brains that make decisions that are optimal. Actually the model predicts a sudden switch from eating everything to being selective as the density of big items increases, but birds were more gradual. This might be because they don’t have perfect information about all the factors (the model assumes they do). Actually they have to learn the frequencies and times by trial and error. Photo by Maarten Visser from Capelle aan den IJssel, Nederland (Koolmees (Great Tit)) [CC BY-SA 2.0 (https://creativecommons.org/licenses/by-sa/2.0)], via Wikimedia Commons 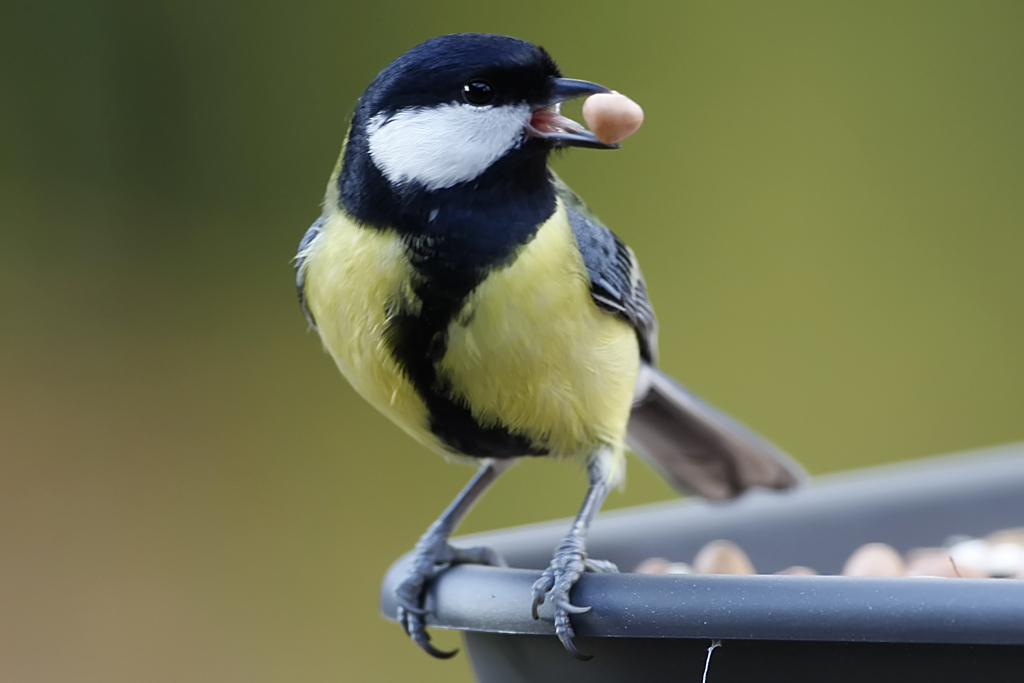